Touch pads are electronic music and sound devices that come pre-programmed or you can program them yourself with different noises, sounds and /or instruments.

The device has a series of 3 or more individual pads in a line with 5 or more rows. By pressing the different pads with your fingers you can create a variety of different beats and sounds. Some devices allow you to mix directly on the touch pad, meaning you can record a beat and loop it then record another beat on top of it and another and another until you have the mix you want.

You can even upload your own live instrumentals and vocals, then record them through a recording device and upload them to the computer program associated with the touch pad or directly to the touch pad itself.

The touch pads light up when you press them down and in order to help players become more familiar with the device, some come with games, similar to the one created in the late 80’s, called Simon, where buttons would light up and you would press them in the order which they lit up, then remember the sequence afterwards. 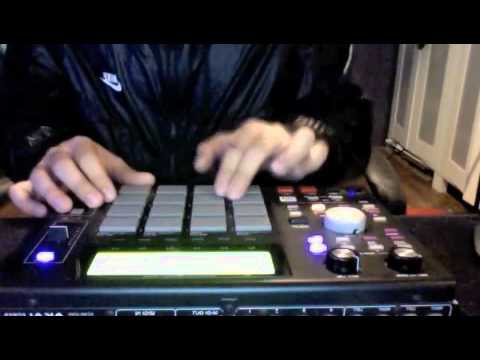 Unlike vinyl records where mixing and sound manipulation is done on turntables where hand meets vinyl or Ableton and Serato where the majority of the mixing is done directly on the computer and through the program (sometimes the computers arrow keys can be used), the device takes a little of both worlds allowing the user to actually “play” and mix live and in real time but where hands meets touch pad.