Polish architect robert konieczny of KWK promes presents his latest residence, the ‘by the way house.’ the house is situated on an isolated swath of land overlooking the river. access from the road above and the pier below called for a prominent driveway that negotiates the topography. 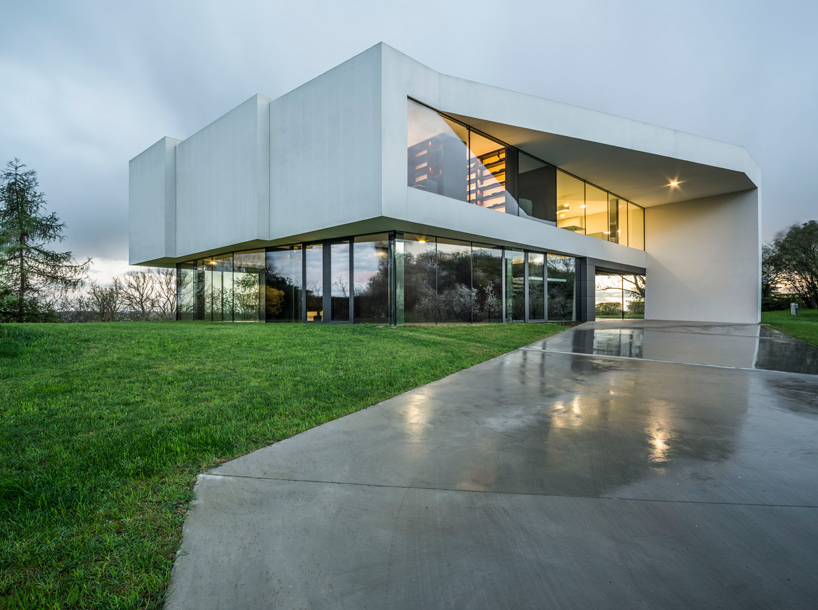 konieczny uses this driveway as a tectonic element which peels up from the land and wraps the building, making up the ceiling, roof and walls. 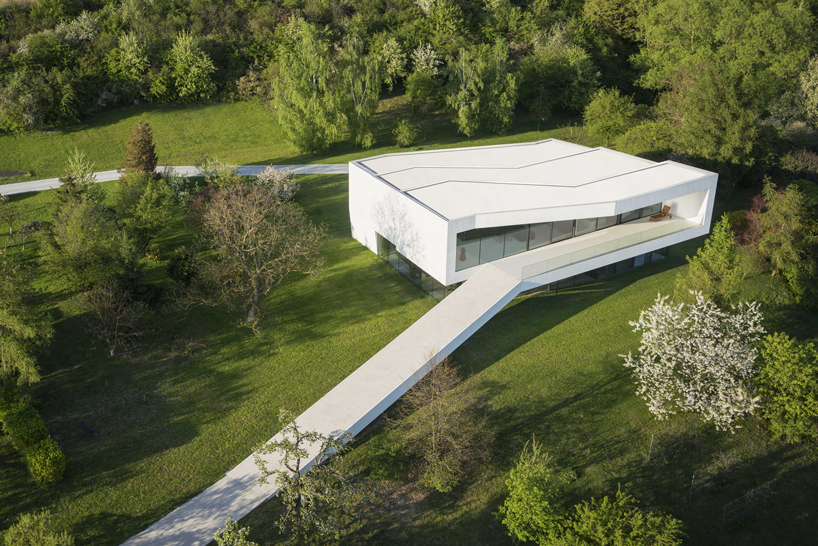 When KWK promes began the project in 2008, konieczny’s client insisted that the house have the exact organization of his current apartment. 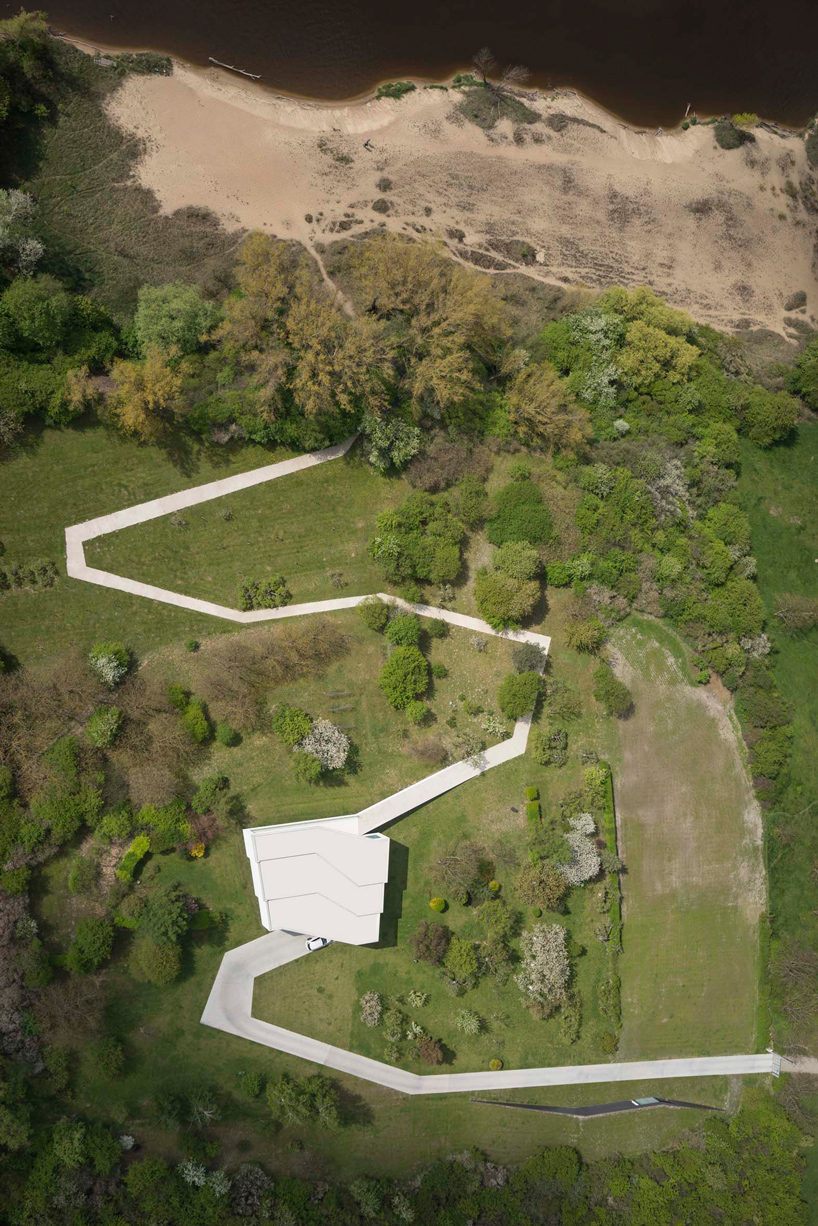 although konieczny suggested it could be done better, the client was not willing to take the risk. ‘it got worse.’ the designer explains, ‘he showed me a catalogue with some terrible examples of architecture saying that his house should look like this.’ after some debate the client was unmoved: ‘robert, I want you to do it and make it look like this.’ 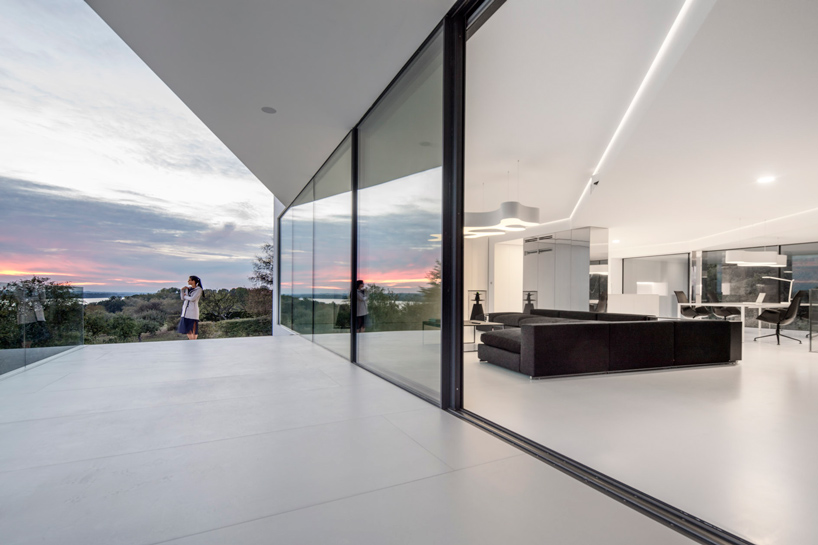 The volume is wrapped by this membrane in one direction — visually closing off the interior from either side while offering sweeping views toward the river. the imbricated ribbon lends to a ‘fifth facade’ as when viewed from above at the top of the hill. when viewed from the ground level, one can see the material distinction between the wrapping membrane made of light concrete and the interior walls of wood.

the view outward toward the river is obstructed on the ground level due to the orchard on the site. once the viewer ascends the gradual ramp which peels up to the first floor, the view becomes clear and unobstructed.