Have you ever woken up in the middle of the night by a strange noise completely unlike anything you’ve ever heard before or felt like someone was watching you in a room and there wasn’t a single person (or animal!) in sight? Well, maybe your house has a history you are unaware of…maybe something tragic happened…maybe the land it was built on was a burial site with some unrested souls…maybe you live in a haunted house…

You never know what may have transpired in your home, sometimes it doesn’t have to be dead souls roaming your place but it could be the residual energy left behind of horrible deeds done, cruel abuse that took place or twisted thoughts that were left behind from the previous owners or tenants.

Residents of New Orleans experience the strange sounds, feelings and thoughts on a regular basis. Why? Because New Orleans is considered to be America’s Most Haunted City.

In the French Quarter of New Orleans, which is home to the InterContinental New Orleans hotel, there are haunted houses such as the LaLaurie Mansion, The Gardette Le Prete House aka Sultans Palace, The Beauregard-Keyes House, among many other haunted hotels and cemeteries. There are many legends, stories and accounts of hauntings that occurred at these historic haunted locations.

We could inquire about the reasons why New Orleans and other southern states have many of these haunted locations. For one thing, many of these homes still preserved today had slave and servants quarters and chambers. You can see it in the architecture and old newspaper accounts of cramped living spaces in filthy conditions where slaves were kept in many of these locations. Some of these haunted homes and hotels are the sites where murders and victims of cruel and unthinkable acts took place. 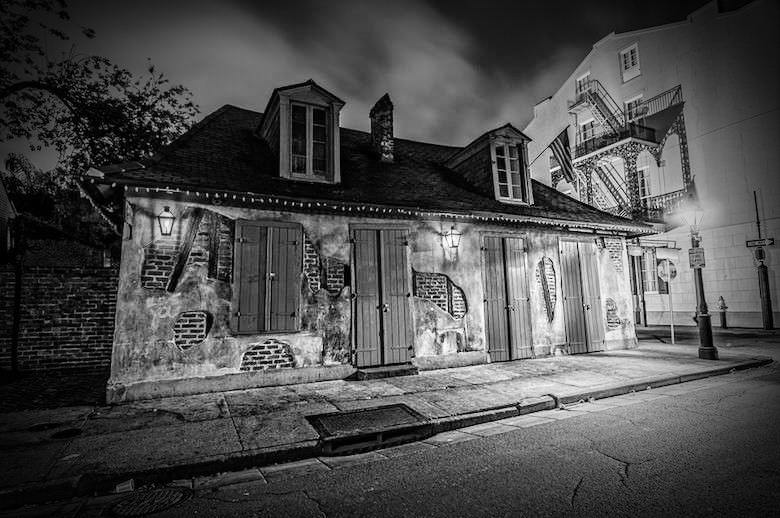 It makes you wonder about the nature of hauntings…is keeping a home or hotel intact where the horrid act took place actually keeping the souls trapped there? Is the land forever haunted even if the building is destroyed? One might never know for sure, but next time you hear a bump in the night or a strange whisper in your ear, ask yourself, is this real or just something that was happened here a long time ago?