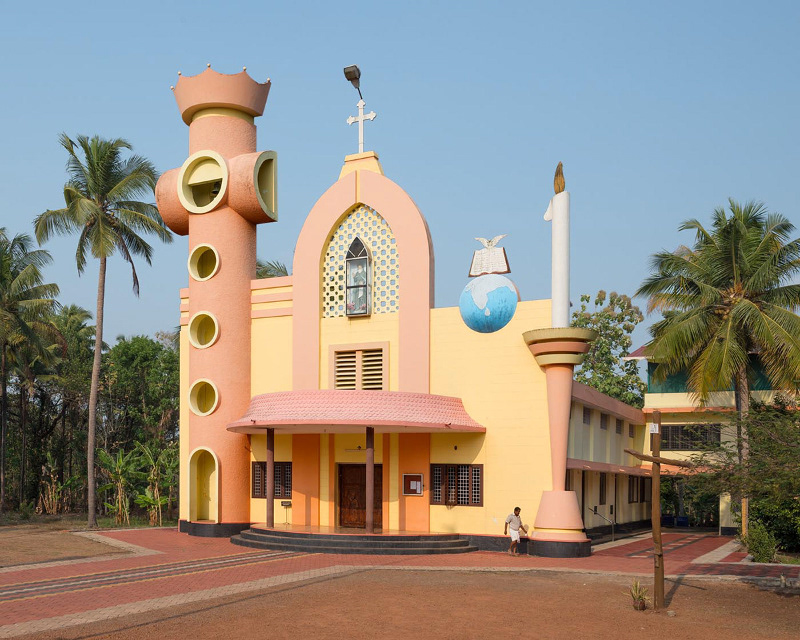 The modernist architecture reveals a combination of both eastern and western influences. The building projects in Chandigarh during the 1950s were greatly Inspired by Le Corbusier, mid-century modern architect and designer. His style carried over into contemporary architecture and is reflected in the buildings of local architects today. 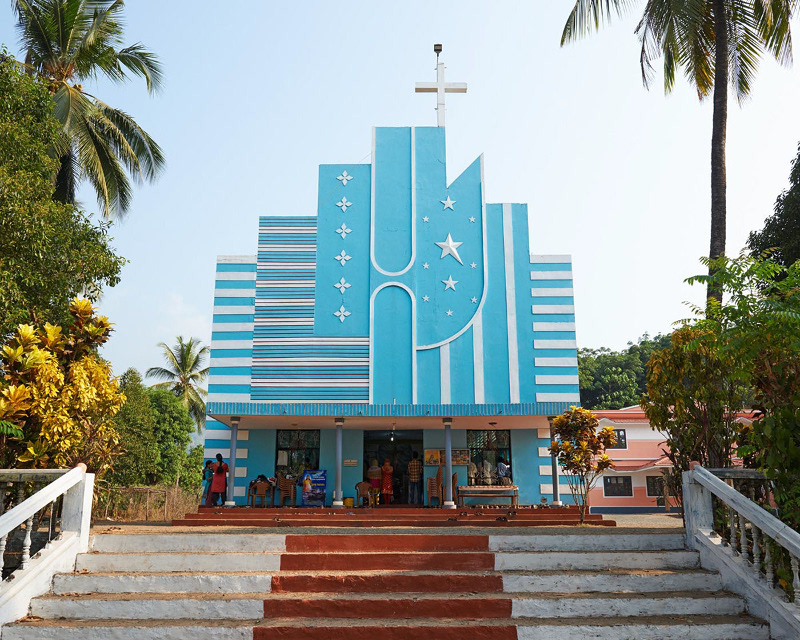 The western influence is evident in many of the cinemas and churches in South India with bold elements of futurism and even surrealism in the architectural design. 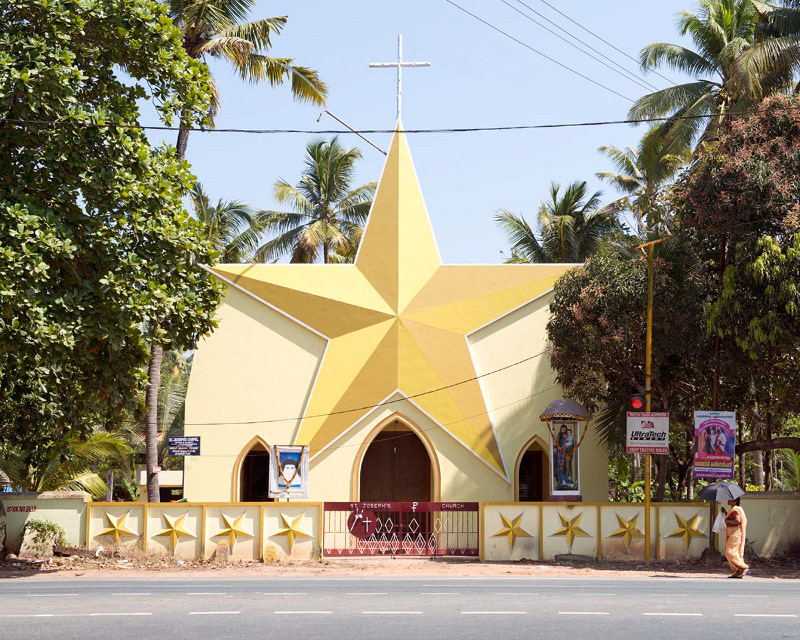 The facades of the buildings are adorned with daring art deco patterns, eye-catching chromaticity and striking architectural ornamentation. 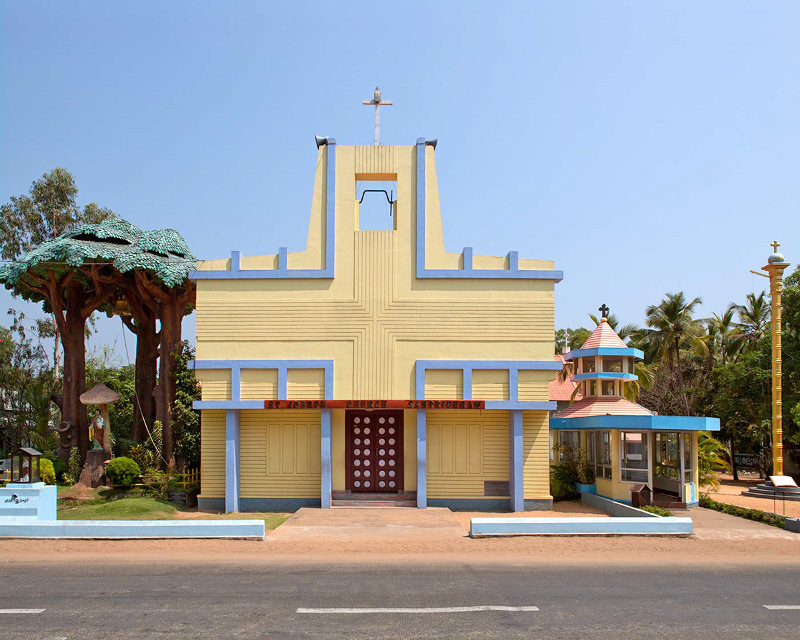 “We find a culturally influenced re-interpretation and appropriation of modern construction style that is not only characterized by the hybridism described above, but also by a markedly set-like impression on the part of the architecture itself,” explains the Zephyr team. 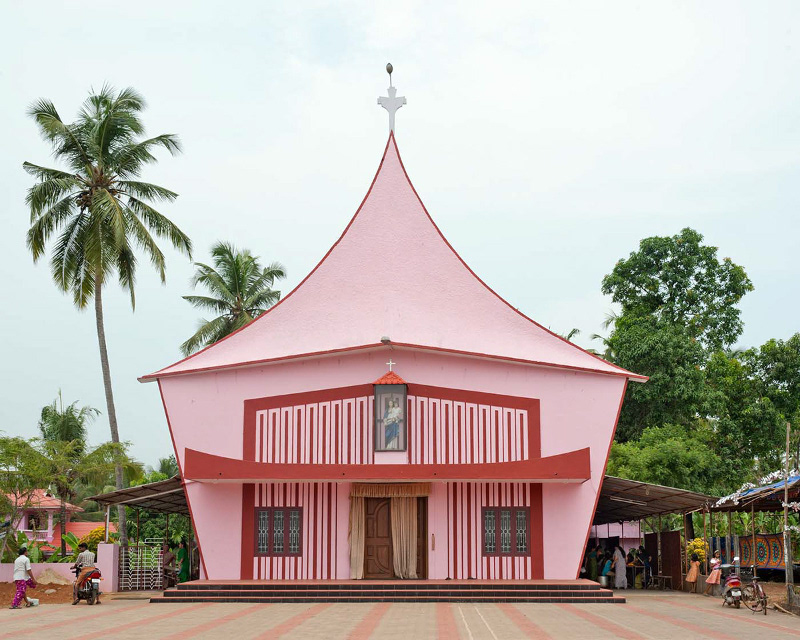 “The architectural style is a testimony of the desire of a nation that had been colonized for a long time by the british empire to shake off the yoke and create a unique architectural language of their own.” 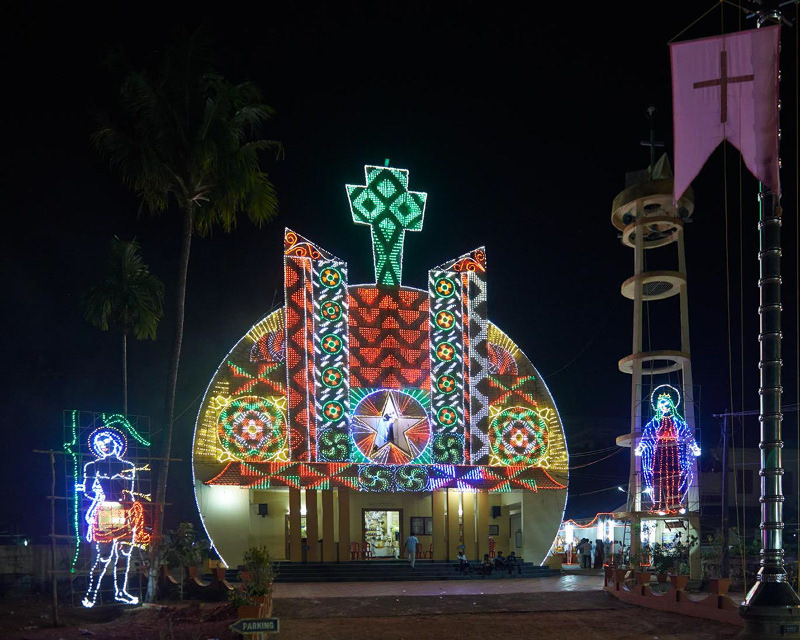 The buildings in their extravagant and even flamboyant designs are nearly impossible to miss and demonstrate the impact western culture on South Indian architecture. “Haubitz + Zoche allow us with these series to reflect upon the complexity of changes that have come about India in postcolonial times.”